From Ethiopia to New York: Sister Laura Girotto and the miracle of the mission to Adwa

02 Apr From Ethiopia to New York: Sister Laura Girotto and the miracle of the mission to Adwa 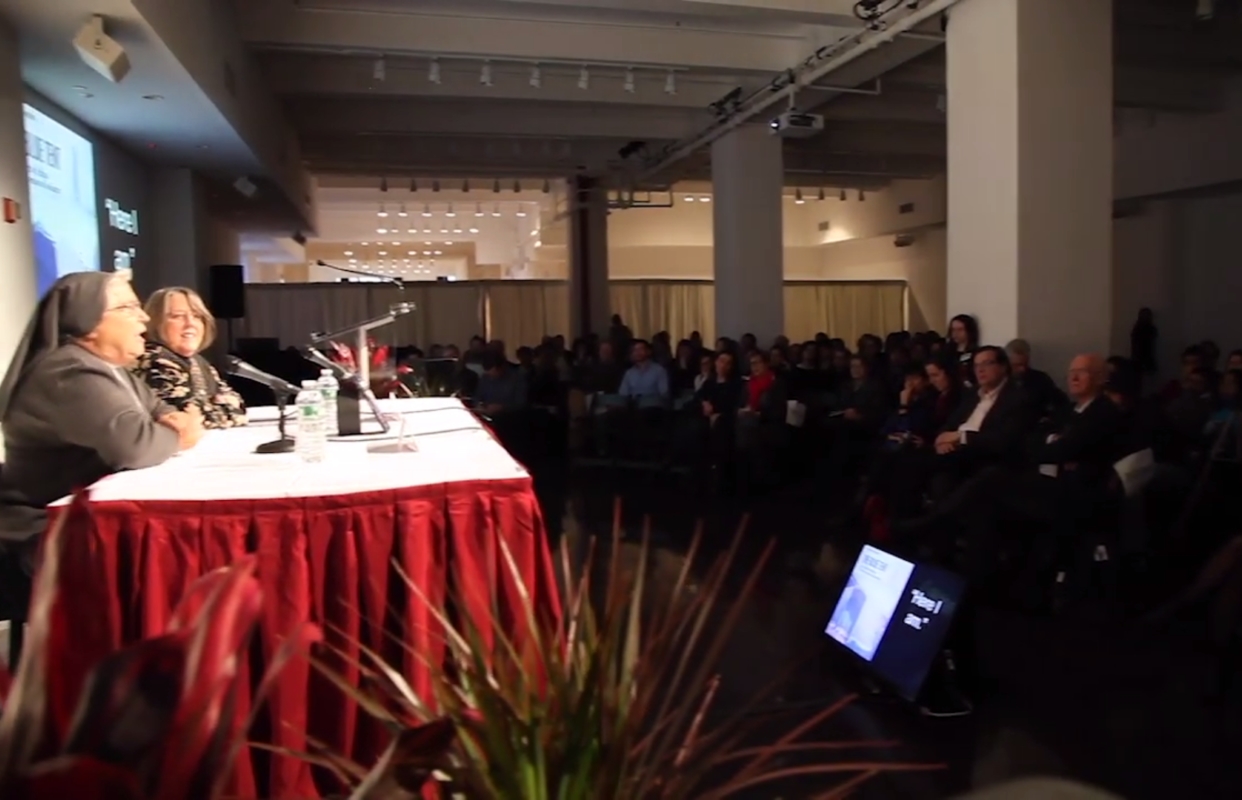 “We have only one life. We must not waste it.” A phrase that is repeated (and often repeated to herself) by Laura Girotto, a Salesian devotee who, having arrived in Adwa Ethiopia in 1993, from nothing built a little village, which is now a reference point for the local population exhausted by wars and precarious hygiene conditions.

Thanks to the determination of Sister Laura and the Salesian Sisters that teamed up with her, the construction of a hospital is under way in Kidane Mehret, the result of cooperation with the local authorities. The current total of fewer than thirty beds will eventually become two hundred, for a catchment area of more than one million people.

Originally from Turin, the fifth of seven children, Sister Laura is 75 and has spent most of her life working as a missionary in India, Syria, Egypt, Zaire and Lebanon, and for the last 25 years in Ethiopia. A pioneer and a heroine. Before entering a convent she was a stylist, but at a certain point she heard “the call”. A book written by journalist Niccolo’ d’Aquino (now translated into English and recently published in New York) tells the story of her life and her work in Africa.

“Someone must talk about the miracles so that others can be inspired to accomplish new ones”, he explains to the UN in Italy. The book, published by ide … (italic digital editions), is called “The Blue Tent” because of the colour of the tent left over from the wars and which became Sister Laura’s operating base for the first months in Adwa. “There was nothing here – have you ever seen nothing?”, she asks, casting her mind back to the morning when, after the first night, she came out of the tent: “The view was breath-taking, but all around there was nothing but desert”.

It was from that “nothing” that Sister Laura started to build: first with the curious children that gathered outside her tent, then with the women after having nervously helped a young girl without a husband give birth on the tent’s groundsheet. Adwa is in the Tigray region, and is on the border between Ethiopia and Eritrea, in an area of the Horn of Africa that until a few years ago, had been torn apart by war and famine. For decades there had been no work in the region. Building the mission, explains Sister Laura, kick-started employment. The men cut the stones for building work, the women also worked on the site and were paid.

The school, now with 1,500 pupils ranging from kindergarten age through to High School, was the top priority, given that the Salesian Order specializes in education. Sewing courses for women and girls were organized, and those who completed their studies were sent home with a pedal-driven sewing machine: where they lived there was no electricity. From among those children some have gone far: one of them became the first female pilot for Ethiopian Airlines, and was entrusted with a Boeing Dreamliner.

It took 14 years to get from that first morning in front of that “nothing” to the inauguration of the mission in 2008, all the while supported by the NPO (non-profit organisation) Association of Friends of Adwa in Cento in the province of Ferrara..  Kidane Mehret means “veil of compassion” in the local language. But as the dynamic Sister Laura never ever stops, the next step was the construction of the hospital. A new initiative to guarantee medical treatment for children and their mothers: “We were losing them – she explains- for reasons that in the West are banal. We saw 13% of our children die. I just could not go on being moved by their fate and not do anything”. The hospital is being built in the spirit that enlivens all the activities of the mission; personnel that, in time, will become able to make the structure grow in an autonomous way are being trained. However, 5 million Euros are needed out of a total budget of 30 million in order to finish the work: “The building firm that built the rest is getting impatient: they have another important project in Addis Ababa. And time is short”, explains Laura Girotto.

Now Sister Laura is collecting awards: “Woman of the year” of Soroptimist, in 2005 honorary citizen of Adua, the sole European counsellor in the National Association of Ethiopian women, in 2016 Knight of the Republic. Part of her visit to the United States will take her from New York to Boston for a benefit concert at M.I.T. Thereafter she will be in Washington and Ottawa, always spreading the word about the mission in Adwa and the hospital project, and appealing for solidarity even in America. In New York she visited the United Nations and met a group of journalists. There is discussion of migratory issues and how to contain the flows by helping those “at home” who would otherwise start out on a journey: “I say to Minister Salvini: come and see what we are doing in Adwa. See that our recipe is working, but we do need help”, appeals Sister Laura, who met Premier Giuseppe Conte during his recent trip to Addis Ababa, but “only for three minutes” which came to nothing.

Meanwhile in the past few weeks the Ethiopian authorities have approved the opening of the first wing as a health centre. The first healthcare activities of 2019 have been performed by a team of dentists and odontological volunteers: the dentists Rino Zoccarato and Giorgio Calgaro and the odontologist Matteo Cavedon, ably supported by the “can-do” apprentices Federico Zoccarato and Brian Paradiso and the nurses of the hospital, have examined nearly 500 patients, have done 346 extractions, 20 fillings, 20 dental cleanings, 5 root canals and have fitted 77 dentures. A continuous cooperation project with new professionals in loco is about to start: two Cuban surgeons and an Italian laboratory biologist will take up residence in Adwa to co-ordinate the new activities. They will work side by side with the nurse (Sister Pauline) and the physiotherapist (Sister Betty), missionaries from Cottolengo who have been working in Adwa for several years, but a selection process is underway for Ethiopian doctors as well as other professional roles, essential in order to set up and manage the outpatients’ department and short stay hospital patients.

Many thanks for the translation to Jonathan Legge