“Nick” as told by his doctor friend 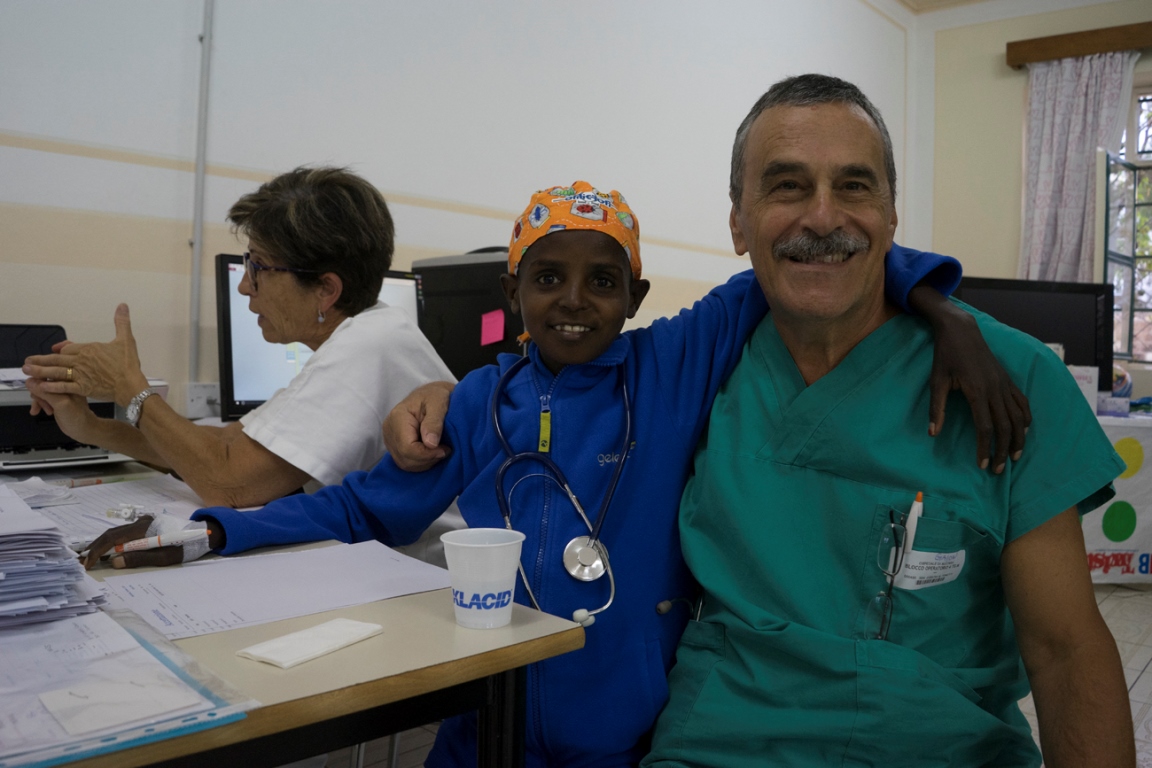 02 Jan “Nick” as told by his doctor friend

Posted at 09:09h in News Archive (en), Their stories by Silvia

Fernando Gaion is a doctor who was part of the invaluable team of medical volunteers in Adwa.

He is an important Italian oncologist with a big heart.

On his return from Ethiopia, he told us this touching story…

Having come back from Ethiopia, I want to tell one of the many stories I experienced at the Kidane Mehmet Mission clinic, where I was hosted to work as a physician. I won’t use the person’s real name or show his picture, simply out of respect. I’ll call him Nick.
It was early afternoon on perhaps my third or fourth day there when Nick arrived on foot, after walking I don’t know how far, probably from a village, likely not exactly nearby. We later learned he was 13 or 14 years old; they don’t have birth records down there and often you can only guess people’s ages. He certainly didn’t look any older than 7 or 8.
He had a very high fever, his belly was bloated and he struggled to stay on his feet. As soon as we laid him down on the bed, he collapsed. Yet he managed to keep a lively gaze and a tired smile that melted our hearts.
We had to find out where the fever was coming from. We ran the few blood and urine tests that can be done there and when his pressure came back up after some fluids, I asked him if I could give him a shot on his belly to see if there was any infected fluid inside. He nodded, widening his tired smile. Then he took my hand that was already holding the syringe, not to push it away but rather to guide it or, as Sister Laura later said, just for the human contact, being used to not having had any, perhaps ever. We also learned that his parents are beggars and abandoned him to his fate years ago.
With antibiotics, Nick was able to beat the acute stage of the infection. We put him in a room at the Mission to keep treating him, even though the overall situation never ceased to be critical due to the underlying illness he had previously contracted. It was most likely an infestation that had irreparably damaged his liver. Every time I went to visit him, he greeted me with a smile and a hug, and an aura of gratitude that I can’t describe. He asked me if he could help me with my work and started coming with me, with difficulty, to visit the other patients. He would translate my questions in Tigrinya (the local language) and give me the patients’ answers in English. He had never gone to school but he understood English and was able to express himself!
Then he would even help Leda at the computer when she was welcoming and registering new patients!
When we left for Italy, the hug he gave me was as tight as it was sad.
I know that Nick isn’t doing well. The underlying illness won’t spare him and it infuriates me to think that just a few pills when he first got sick would have been enough to cure him.
Thank you, Nick, for your smile, for your help, even just for being in my thoughts every day. 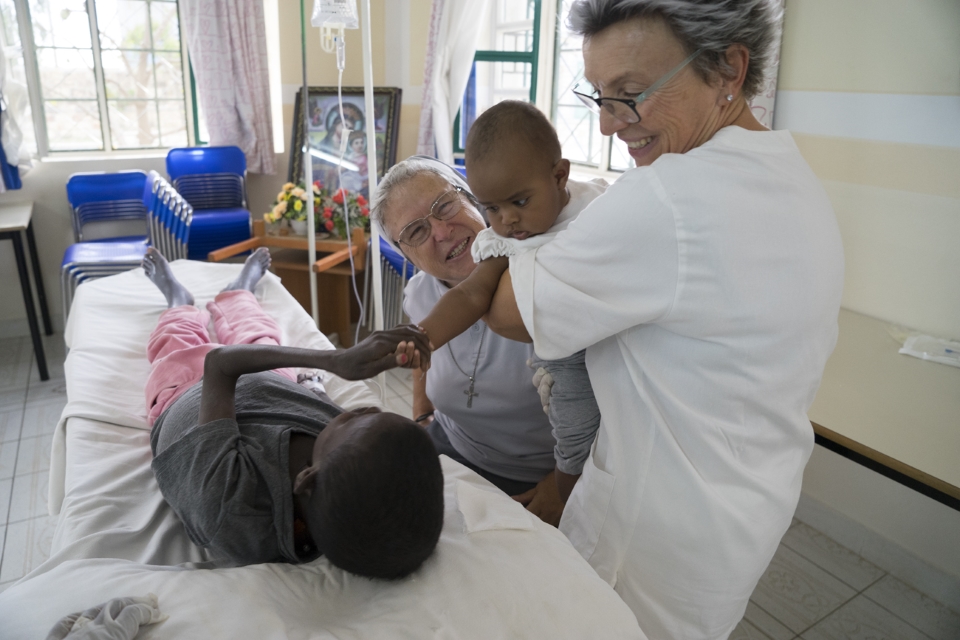